This is a figure that I must admit I have mixed feelings about. The story behind my coming into possession of this figure is also a little strange. About two years ago, I ordered around five 120 mm figures post Christmas. After all of the figures arrived, this turned up in my post box with no return address and from an international sender. At the time I did not realise who the figure depicted, and after trying in vain to find out who had sent this to me I decided that as long as I had it, I may as well paint it. Throughout the assembly I sort of recognised the figure as being familiar but did not realise who it was until I sprayed the first coat of primer. Jesus Christ its Hitler! I said to myself quite loudly and immediately left the figure well alone.

You see I was raised by a World War Two special forces veteran (his tribute page is on this blog) and know too well the horrors that Hitler caused to millions of innocent people. The thought of having this figure made me feel quite uncomfortable. I had a chat with my grandfather (Bill) and he pointed out that even though the memory of the man disgusted him, Hitler and the Nazis are a part of history and that maybe from making this figure of him, it would provide a talking point for my students and give me the opportunity to remind them of the mistakes humanity has made in the past. I did agree with him, but it has taken me two years to complete this figure.

As usual it has been painted in enamels and oils. The display I decided to keep very simple, yet provide an immediate impact when viewed. What can be simpler than the flag that is probably as universally hated as the man I will place standing on it. The figure itself is simplistic in its pose and very well sculpted and moulded. I wish I could tell you the name of the sculptor or the manufacturer but to this day, despite exhaustive searching on the internet, I cannot find this figure for sale or displayed by another modeller. If any of you recognise this figure, please get in touch and let me know.

As an update to this page, I have finally found the manufacturer details of this figure: It is sold through Jaguar models and is either one of their own or possibly manufactured by Warrior figures. The box art from the website is shown below: 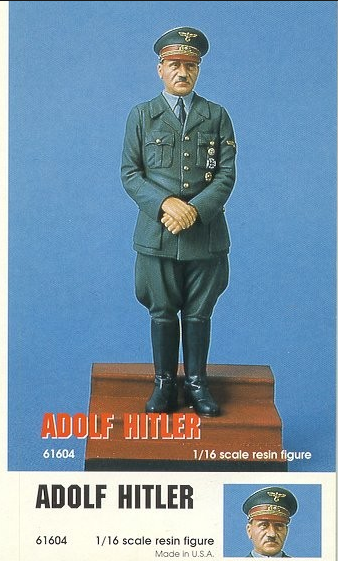 Finished Photos of my version of this figure: 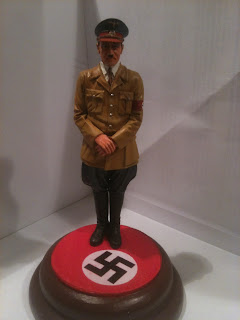 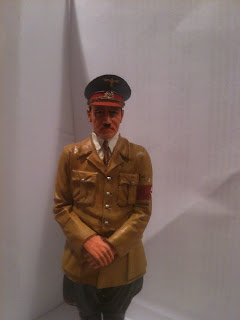 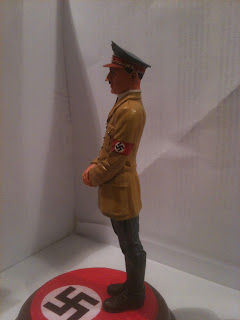 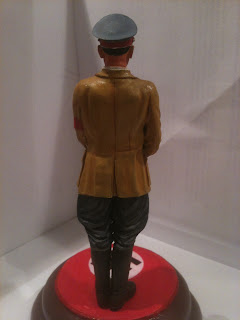 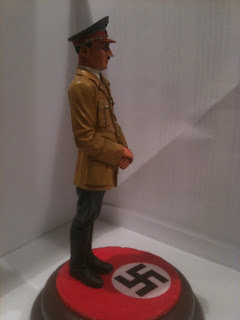 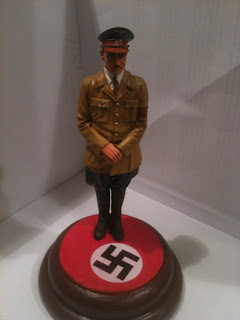 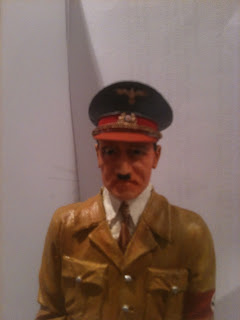 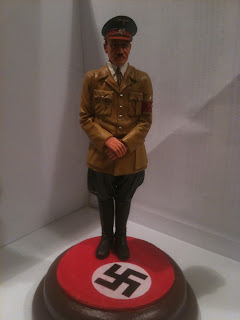 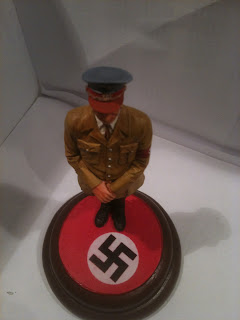 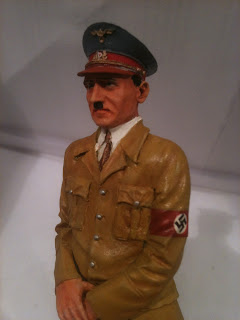 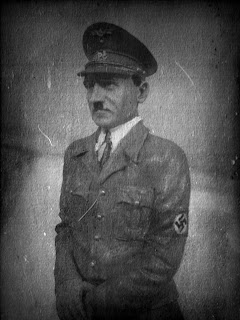