Politics and everything else in life in model making communities

This is something that has been on my mind for quite a while. How politics and current affairs/opinions can creep into our hobby. Recently I read about an online American mums sewing club has become so embroiled in current affairs that many members have left due to the toxic environment that it has created. So when does a hobby become political?

What is a hobby?

I suppose that I should start with answering this simple question; a hobby is something that one undertakes as a form of escapism from daily life; a happy pursuit that allows us to express a creative part of ourselves and sometimes share this creativity with other like minded people. The expansion of social media over the years has increased numbers in hobby communities and allowed us to share our passions with people from 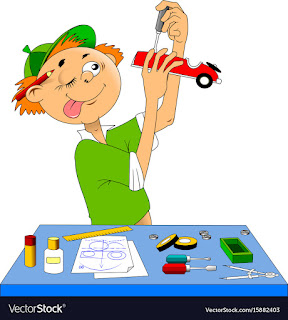 all over the world in all walks of life. It helps us share hints and tips; share resources and materials and opens our minds to new ideas in the expansion of an ever increasing yearning to seek perfection (although we will never get there) in whatever our chosen hobby is. For me; my hobby is everything to me. It defines me as a creative person. It reminds me every day that I am not just my career. It shows me that I can take something that only exists in mind and make it appear in front of my eyes. A hobby is an expression of individual art. It doesn't matter if that means the production of a wool scarf, a wooden chair or a scale model. Each hobby is as individual to the person as there are people. I am a member of a very loosely based community of model makers (the sprue cutters union). We mainly talk through twitter and read each others blog posts but I know very little of their personal lives/careers/location/political preferences etc. and that is a good thing. We spend so much of our lives sharing personal thoughts and opinions on everything from politics to celebrity and more. Its nice to just talk about one particular subject (model making) and not worry about anything else.

I don't agree with your opinion on ........ therefore I want you out of the community

How many times in one week do you hear about "cancel culture"? It seems like its never ending. This can happen from expressing a political opinion to voicing your thoughts on the biology of a woman or if a book is suitable to remain in a public library. These arguments can invoke extreme views on both sides resulting in ill feeling, doxing and in some severe cases; the suicide of individuals. As I have previously stated, a hobby is a form of escapism. somewhere to forget your daily struggles but if your daily struggles invade your 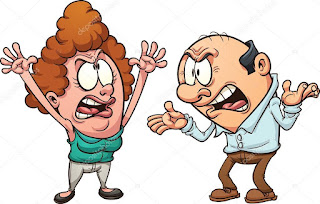 hobby space, what do you have left?? I use twitter mainly for keeping in touch with other model makers, sci-fi fanatics and to keep informed from manufacturers on their latest releases. I also use twitter to keep informed about current events around the world. I very rarely comment on current events as I personally don't think I know enough about certain subjects to form an accurate unbiased opinion in such a short time or based off the very limited information contained in a tweet. This however does not stop many of the users on the platform. ( it may seem like I am picking on twitter but I very rarely use other social media platforms. Its just as bad on them as well so I have heard). So how does this affect hobby discussions? Its simple really and happens in 5 steps. A member feeling the need to express their view in that space on an issue that's not related to the hobby is the first step. Step 2 is another member getting extremely upset about this as they have an opposing view; leading to step 3, other members speak up in support of the original post/member. Step 4; yet more members rallying around the offended member and posting their disgust which leads into step 5. The moderators of that group feeling they have no other recourse than cancelling or banning someone. Even if this doesn't happen. Once that argument has taken place it can irreparably damage communication in that group. People will feel that they have an axe to grind so every time a group member (now perceived as the enemy) posts something, members of the opposing faction will snipe, make negative comments or deliberately disagree just to prove a point (even when there isn't one).  The ultimate loss is for everyone. Members directly involved see happiness replaced with anger. Members who did not get involved experience sadness where there was once happiness as they are afraid to speak to anyone in case they are viewed as "the enemy" from the opposing group in the community. The end result is always the same; people leave for other communities online or even leave completely.  It sometimes doesn't even end there. I have seen community members actively hunting online for the ex-members and when they find them in another community, they "out" them to the new community members. This act of revenge (I have seen them justify their actions in several ways but its in essence revenge) has now spread the poison that infected one community into another and the cycle repeats over and over. Now here is the next question:

What does this achieve?

NOTHING, yes that's right; nothing! The person who believes that the moral authority is on their side and they are the "champion" of that particular cause may feel a fleeting moment of victory or vindication but it is always short lived and they quickly search for more "offenders" to pursue and punish. When they don't find someone as easily as before then to get that feeling back once again they adjust their morale authority to even stricter ideals until someone breaks these imaginary "rules". For those on the receiving end of this morale authority that has punished or banished them from their community, they have now been pushed further away from their original view point into a more extreme version of it. In most cases they harbour a very angry point of view and will often start attacking others with the viewpoint that punished them to begin with. with each cycle, these viewpoints become ever more extreme and people withdraw into "echo chamber" communities that spout bile and hatred over anything else. Their original hobby becomes a twisted, bastardised version of what it once was. No longer an escapism from daily life it now becomes something that spills over into daily life. This extreme opinionated hatred now seems to encapsulate almost every facet of online communication. Mainstream media which was once the cornerstone of unbiased opinion and discussion no longer provides a "levelling effect" that diffuses arguments and allows difference of opinion; in fact it seems to have become an extension of the social media platforms that feed this hatred.

What can we do to stop this?

Again its a series of simple solutions that can be very hard to implement and maintain. The first step is an easy one. Familiarise yourself with the law and legislation of where your forum is based. In most Western countries the laws are very familiar so finding out what you can legally say and not say shouldn't be too difficult. For example; someone clearly making racist comments should be immediately expelled from a community or reported to its moderators. In the case of a social media platform; report to its owners. That's it, don't comment, don't react, don't give the original poster of the comment your time. If no-one replies then that tells them that they have no audience. Secondly agree to a set of simple rules; discussion should be centred around the hobby only. discussion of any other kind of subject should be directed to a more suitable community platform. Where a member makes an inappropriate comment (step 1) from the previous chapter. Remind them that this is not the place to voice those opinions even if they feel that they are valid and politely ask them to remove the comment. If they don't remove it then a moderator should remove it and give them the same reminder. The key things here are not reacting with an opposing opinion or make a comment to 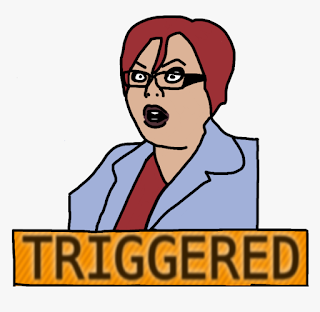 begin with even if you think its valid. A good example of a divisive comment is "I'm so glad Trump is out of the White House, maybe I can now start making models again". Post that comment on any model making community and you will be inviting arguments. Please don't think I have any opinion on Trump when he was president as I am British and therefore I have never had any say in who is elected president. Its just a good example of an inflammatory comment when its simply not required. The third and possibly the most important step is to remember that if something offends you then that's all it has done; nothing more. Its fleeting, easily ignored and quick to move on from. Not everyone shares the same opinions, values, goals and life choices as you do! If you join a hobby community then that may be THE ONLY THING YOU HAVE IN COMMON WITH OTHER MEMBERS AND THAT'S OK!!!! There is probably a fair mixture of opposing political views, gender orientation, cultural difference, sexual preference, etc in my little community and that's fine. We are all entitled to live our lives the way in which we see fit. If one of my friends tweets something I don't agree with then that's fine; I don't agree with it. It doesn't and shouldn't stop me from admiring their latest completed model or thanking them for sharing a model making tip that I had not thought of.

Life is bloody difficult for most of us at the best of times. Marriages/relationships break down, jobs or promotions are lost, family members pass away, pandemics happen, etc, etc. Hobbies on the other hand are there to temporarily forget all of these things and hobby communities are there to talk about these hobbies so that we can forget about everything else for the shortest of times. Why bring all of life's troubles and arguments into the one place of happiness that we have? 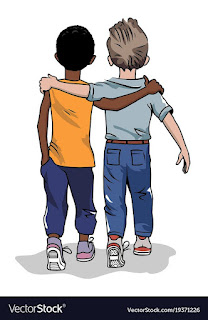 I hope that you enjoyed reading this and if it makes you stop and think before making an "I'm offended by that" comment then you have my admiration already.