This is not a "sculpt on a whim" as so many of my projects are. I don't think that I have mentioned it before on my website but I am a HUGE fan of deadpool and have been for many years. When Ryan Reynolds finally made the first deadpool film I was quite literally in heaven being as he is one of my favourite actors of all time as well. I suppose your wondering why I haven't sculpted deadpool before now and the answer is a simple one; I have never really known which pose to sculpt him in. A brief search online and you are presented with hundreds of hilarious action images of Ryan Reynolds in character to choose from. Well I have finally chosen what I believe is a fantastic pose for him that I have not been able to find anywhere else online. So what pose have I chosen? Sorry but your going to have to wait until the very end of this project to find out! 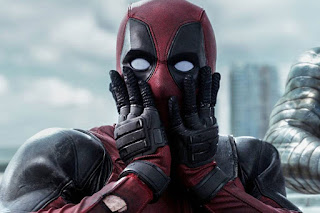 The armature as always is constructed from aluminium wire that's wrapped in foil and then covered in an initial layer of sculpey. You will probably notice from the initial shots that this is a very static pose in comparison to many sculpts of deadpool that I have already found (told you this was something different didn't I). I won't waste everyone's time by describing the process when some images of the sculpt will suffice: 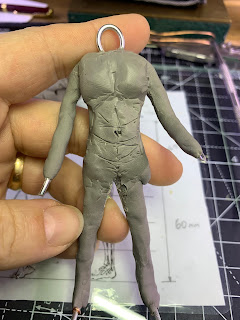 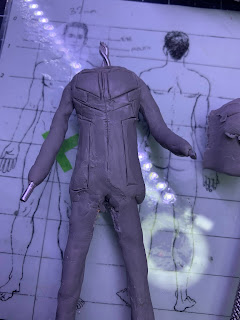 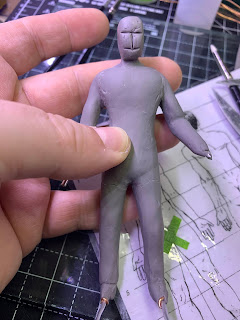 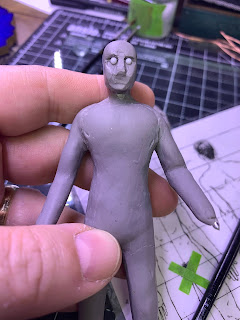 I will admit that I was quite shocked at the complexity of the deadpool outfit. Despite watching the film an embarrassing number of times; I hadn't really taken much notice of his costume. It's only now that I am in the process of sculpting it that I realise just how many parts there are to the physical outfit let alone the accessories he wears! I did not find it all that difficult however it was quite time consuming and "technical" in the process of adding specifically shaped patches and bands over the top of the body sculpted lycra. I think its a combination of a little more experience in sculpting (not that much I assure you) and the ease of the figure in comparison to some of the figures I'd taken on in the past. What I did find difficult was ensuring the material was kept as smooth as possible while being able to sculpt in the creases and folds. I have been racking my brain on a way of replicating the pattern in the lycra but have been unable to think of a solution so I will have to reply on the paining to emulate the fabric. 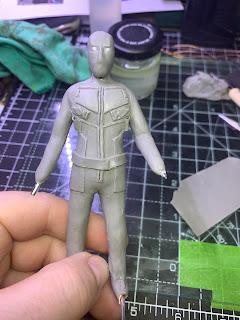 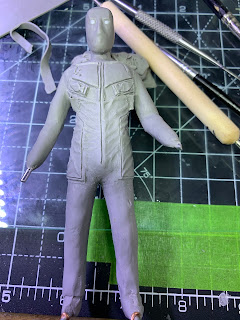 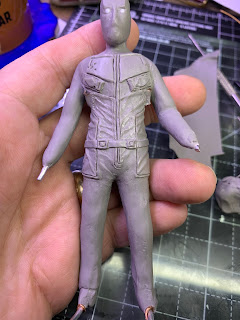 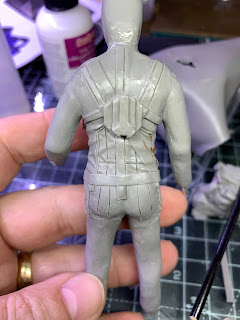 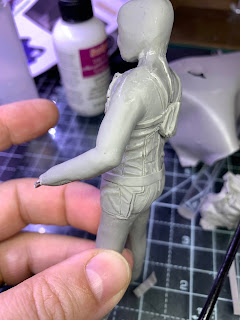 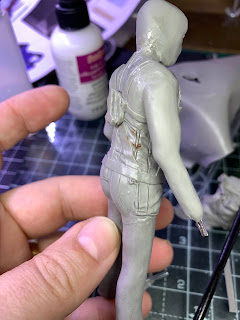 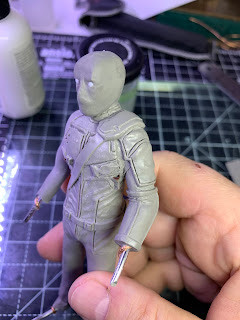 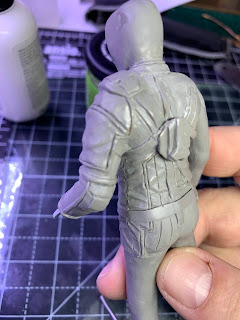 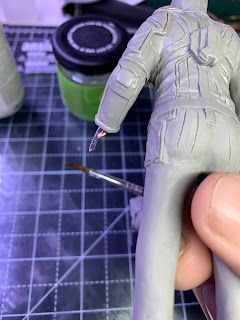 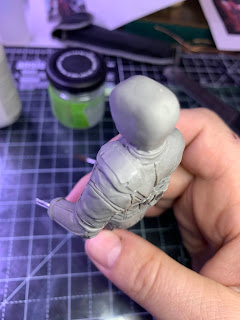 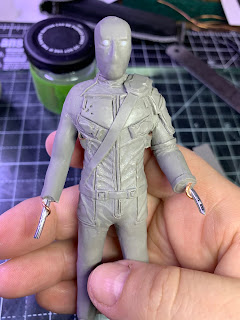 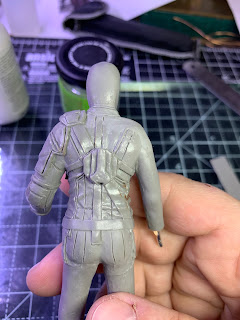 The weapons will be a combination of sculpey and other materials. The guns will be holstered so a lot of the detail normally required for a weapon I don't have to worry about. The swords will probably be made from plastic card as this will carry the least risk of being inadvertently damaged while I am sculpting and painting.