Hanging out in real life 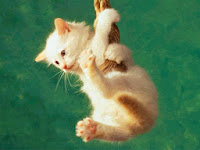 My real life hang out for modelling realistically only kicked off around six years ago. Before then my discussions were limited to mild interest from my family and friends when they noticed me sitting at my desk concentrating on my latest project or often muttering something obscene under my breath when a part was not sitting as it should be. Unfortunately there are no model shows remotely close to where I live nor is there a scale model club of any description so essentially I was on my own. Anyway around six years years ago the college that I worked for decided that it would be a good idea to assign an individual classroom to all of its lecturers; the idea being that we could organise and/or decorate the room as we pleased. Naturally I took this opportunity to grab two large lockable display cabinets and filled them with a selection of completed models from my attic. I was a little apprehensive at first as I had never publicly displayed my work before, but after only one day I knew that I had made the right decision. I had both staff and students alike asking me all sorts of questions about how I had made the models, where to buy kits from, etc. I know of at least ten past students who took up the hobby as a result of seeing my work and being inspired to do something themselves. In addition a technician who worked with us said that he makes scale models and that he had been doing so since he was a child. Chris (the technician) who is now the wrong side of sixty enjoyed talking about the hobby as much as did making the models, so for a number of years I was happy in work as well as at home because I could now talk about models when I wasn't making them. I have since moved on from the college that worked after being offered a teaching position at a University. The down side was that I don't have a classroom to myself, however my office is significantly larger than my last one and the University very kindly allowed me to have a large bookcase and as many wall mounted shelves as I want to display my models. I still get the same reactions as before from my colleagues and students who pop into my office to talk to me. I have also since found out that there are plans for a model show near to me in the near future and I am looking forward to visiting or perhaps even exhibiting some of my work.

Hanging out in a digital world

My Digital hangout spots have had a number of false starts. I first started by becoming a member of a number of different scale model forums. I am still a member of a few, however I do not contribute or make any entries or attempts at conversations on these forums. The reason for this is simple; there is in my opinion a very nasty, critical and ugly undertone to the majority of these sites, caused by only a few people, but encouraged by many. Far too often I have witnessed a member upload photographs of their latest model or diorama and commenting on how many hours they have put into it and how proud they are of their work. Instead of encouraging comments on the quality of the model and helpful hints on how to improve certain areas based on experience with a discussion to follow; you will typically see a post by some narrow minded anal retentive prig who is revelling in the fact that he has spotted at least four historical inaccuracies on the insignia placed on the uniforms of at least two of the figures and that the shade of paint used on the tracks of the tank is 10% darker for that period during the war!! This is normally followed by at least three other people who continue to tear the diorama or model apart. THIS IS NOT WHAT A HOBBY SHOULD BE ABOUT !! Its supposed to be fun, engaging and sociable and every time I have made comments to that effect I have been vilified by these so called "experts" who have nothing better to do with their time than criticise others. I had all but given up on any kind of social interaction for the hobby until my wife and daughter introduced me to twitter. I signed up and short while while later found myself enjoying real time conversations with like minded people, a short while after that my Blog was born, a web site address was purchased and I joined the sprue cutters union formed by one of my first twitter friends, Jon over at the combat workshop. If you are a member of an internet forum and you witness someone doing what I have just described or maybe you have had it done to you; DON'T PUT UP WITH IT, tell what you think of them and hopefully these idiots will stop this practice and actually share what they know in a kind, respectful, encouraging and helpful way as a hobby discussion forum should do. Failing that don't bother with the forums and head on over to twitter, start your own blog and make real friends who are passionate about the hobby!