This is a double purchase from my favorite source of models; Ebay, specifically one of the many sellers from Hong Kong. The model was advertised as an MAK 1/35 Mono bike at a very reasonable £5. At that price I thought I may as well buy two! When they arrived a few weeks later (international delivery). I was pleasantly surprised to find that that the main body of the bike was very well cast in good quality resin as was the figure provided and addition small parts. The clean up of the bike and rider is minimum and with very little parts to glue, the whole operation of assembly took about half an hour per bike.

All of the photo's that I found on the net of this model show it painted in a military green and in some form of military action pose. However, being as I had two of them and could not think of any other scenario other than them racing each other, I decided to depict them as being part of a cross country race that we could see in the future (it is a science fiction model after all!). The paint schemes for both of the bikes were kept simple but bright and each bike colour I think compliments the other. In terms of decals, I again kept things simple by placing the number 2 above the wheel of one bike and the number 5 above the wheel of the other, hopefully giving the impression to the observer that they are looking at a snap shot of a much large race.

To give the impression of high speed to the little dio, I placed them speeding through a marshland area with standing water which had been kicked up by the speed of the bikes. To achieve this water effect I cut some pieces of thin clear plastic to the shape that I wanted and glued them to the base using PVA. For the rest of the water I then mixed a very small amount of acrylic brown paint to some more PVA glue and coated the areas including the water sprays with the PVA/Paint mixture and allowed them to dry overnight. Happy with the result I then applied more PVA over the top of the existing "muddy" water to give a little depth. I hope that you enjoy the pictures. 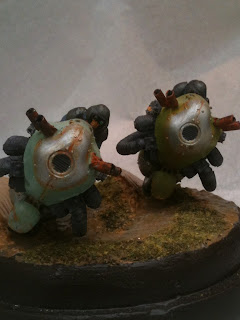 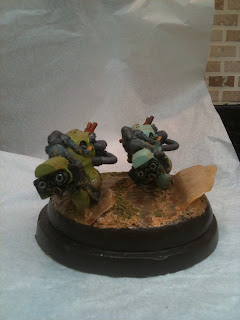 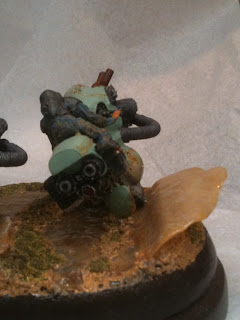 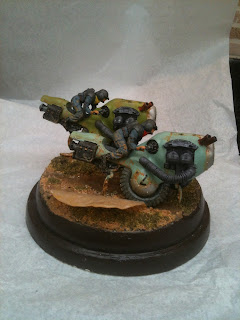 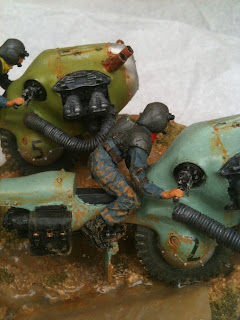 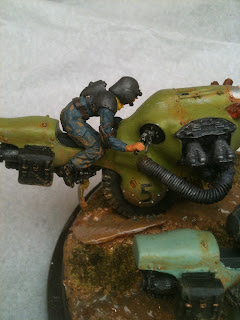 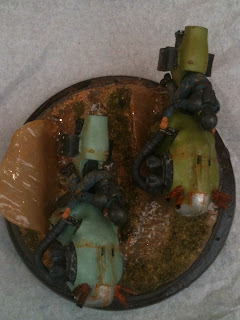 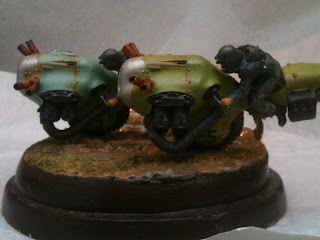 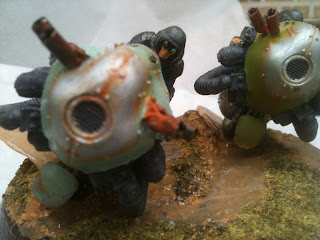