To Blog or not to Blog?

As the title implies this is a something that I think of every time I log into my website (its a web address I pay for that's linked to a google blog). Is it worth doing this? I don't have many people read the majority of my articles/thoughts/model diaries. Is it worth my time and energy? The short answer is yes its worth it. The long answer is below where I discuss my thoughts and reasoning on why its worth it:

In the beginning there was google

My first "dabble" with my blog started shortly after I joined twitter. I started following a user by the name of "The Combat Workshop" AKA Jon B. He mainly builds scale aircraft but also dabbled in military and Sci-fi models. He is also an Aircraft Engineer by trade in the US Air Force. He is essentially an American version of me (except the model aircraft). We quickly started speaking on twitter about the various models we were making and I soon began speaking to other model makers from the war gaming community as well. Each of them introduced to me by Jon. I had also started reading his blog when he posted updates on his current model builds and I decided that it may be a good idea to start writing about my model making exploits. Shortly after I had signed up for my google blog, Jon came up with the idea of "the Sprue Cutters Union". A collection of friends who write about their model making habits, reasons and choices. In a very short space of time I was writing an article a month and posting online along with reading articles on the same subject by other model makers with different view points. After a short while Jon was unable to continue due to being posted away and given a promotion (I think). We (the spruecutters union) haven't heard from him in a long while on twitter and he has not updated his blog in very long time. I do hope that he and his family are doing well and I wish him all the very best. I couldn't talk about why I started this web site without mentioning him as he was essentially the catalyst for starting all of this.

So what happened to the Spruecutters union? Well after Jon left; we, the original members kept in touch via twitter and one of the "founding members" Frank started posting a "follow Friday" tweet that tagged in all of the spruecutters. Its a great way to keep in touch; share our current projects and have conversations over the weekend about our hobby. It's also a good way to include a link to any article written on our websites. I do miss writing an article about a particular subject related to model making so once in a while I'll write something and place it in this area of my blog.

What's in a name?

For a while I didn't even think about a name until I noticed one of the other members had a web address for his blog that was identical to his twitter handle. I spent a while shopping around for a good deal on personalised web addresses and once I had settled on a company the next thing was to register a suitable name. This is when I hit the proverbial brick wall. Type the name scale model or derivatives of that into a web address search bar to find a web-site that doesn't exist and you will be there for a great many cups of coffee. I also didn't want to use by twitter username as "thedogschuffers" doesn't really say military model maker! I eventually settled on naming my website after the one place that I spend most of my free time; my scale model workbench. Its essentially a restored and re-purposed old fashioned writing bureau. I have even dedicated a post that shows everything that I have done to the desk to date as I have developed it. Here's the link if your interested. A few short keystrokes, a small annual fee and I was the proud owner of my very own website address that I could associate with my google blog and hey presto I have my very own website with a logo and everything!

Deciding what to write about

This is sometimes harder than you initially imagine. For me I found it difficult as I normally write course notes, materials and lessons for the various university courses I teach on. I didn't want my website to come across as a clinical study on the merits of model making and just a simple set of instructions on how to build each model that I have. Initially I elected to stick to two simple topics: Model making and talking about models. 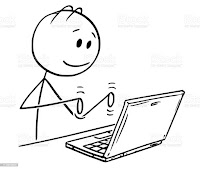 The website stayed like this for a while until I realised that when I posted pictures about some of the other craft related stuff that I do, a lot of people asked me how I did them. I then added the figure sculpting section and tutorials section to my site. From there I have also added a number of other sections that include my adventures in 3D printing. One additional development happened over a period of time that I wasn't expecting and that's who I write this website for:

Who do I write to? 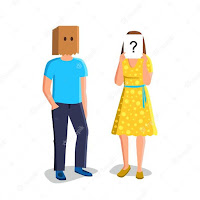 As I said in the last section, I write this website for essentially one person; you. No not you the actual person taking the time to read this article. I write this website to a fictional character built in my mind that I call "you". Now "you" is an asexual, 30 something year old model maker with some experience who dabbles in many different types of models and is always interested in what I am making.

When I write about my models to "you" It makes things a little easier as I make the assumption that they know enough of model making to understand the issues that I have and appreciate the "fixes" that I use to overcome these difficulties. It also means that while I am writing something for "you" to read I maintain my enthusiasm in updating my articles and writing new build diaries on my latest model. The added benefit of writing about my model making to "you" is that I am not constantly trying to talk about the models I make to family and friends who don't share my passion for the hobby and who I am sure would quickly develop the idea of hitting me with something heavy the next time I decided to try and tell them something!!

A diary is useful thing to have

The final and maybe the most important reason for writing and updating this website is that it provides a great written and photographic reference for me. Over the years I have tried different tools, techniques and paint effects. Some have turned out great and others not so much! The important thing to remember is that once I have written about it; its there as a permanent record. I have over the years been in the middle of making a model and whilst trying to figure out how to do something I remember that I had done something similar a few years previously on another model. While its easy to just keep a note of paints etc; by reading over a post that I have created I get to look at photos of the various stages of the build. Read about how I did it and remember my thoughts/ideas on why I decided to do it that way in the first place. If you are a regular reader of my posts (like "you") then you will have noticed that I provide links back to previous models that I have made. This is to show anyone reading that I have gone back to a previous build and either used a variation of the same technique or learned from a mistake in making a new model.

We all like to think that our life has some meaning. For most people (including myself) we find that meaning in our children. For me I am fortunate in that I also find meaning in my career. Every year I cannot describe the pride that I have in seeing my students who I have taught for three years; graduate. Knowing that I have made some positive impact on their lives is an amazing feeling. Writing this website helps me to find meaning in my hobby as well. Its a wonderful feeling to not only make model; a permanent "thing" that will outlive me (hopefully) but to share my thoughts and feelings about building that model with "you" and of course you helps draw that model to a close and open the door to another model and another model build diary. Until next time: Happy model making!!