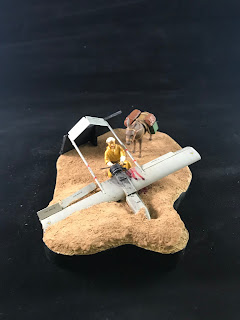 
I have been away from the model desk for a while (over a year) and this is a project that sat in my desk unfinished for the same amount of time. I have finally found the time and energy to start model making again and this is something that I wanted to finish before starting a new project. 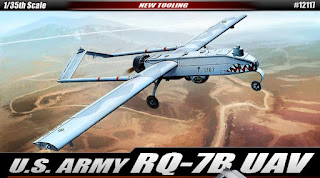 The model is quite a cheap and good value offering from Academy and after a quick look around the internet I realised that it was also a very popular model as well. Virtually all of the builds that I found were of the completed model either displayed on a desk mount or on a runway with one or two of the figures provided with the kit. I wanted to do something a little different. 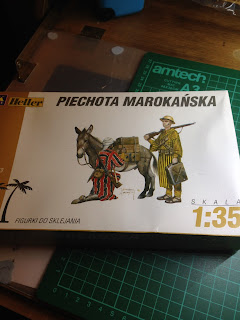 Inspiration for the dio came from one of the two names provided on the decal sheet for the UAV; "the immortal". I thought a little irony could come into play that depicted the UAV as a crashed drone in the sand due to it being shot down. The obvious setting would be a desert one being as most of the action that these see if over arid regions at the moment and I had also bought a curious Heller kit of an Arab, a donkey and what I think is a British soldier of WWII era.

The Build and the base


I must admit that I didn't take many photos of the build of the drone due to its simplicity and quality of the kit. It quite literally "flew" together! During the build I started to make the base at the same time as I had a clear idea of what I wanted it to look like. The sand bank that the UAV would crash into would be made from some blue foam as it cuts really easily and I get it for free from work in the form of off-cuts that they throw away. 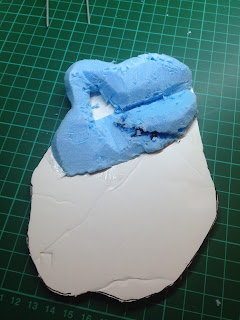 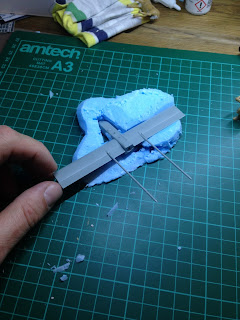 Once the sand bank had been formed I then stuck it to a foam board base (again free from work) and covered the whole thing in an undercoat layer of artists base. The whole thing was then sprayed in some grey primer so that I could get a better idea of how the whole thing would look with the UAV placed on it. 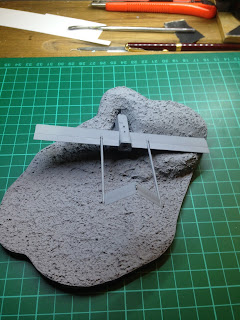 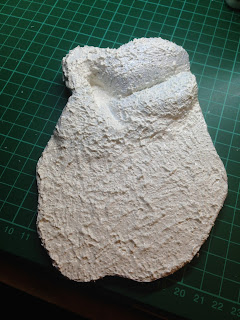 Happy with the look of the dio I then set about modifying the UAV to give it a little crash damage. The front cover was cut open and an "electronics interior" was scratch built. I also cut away the flying control surfaces and left the undercarriage off the model. 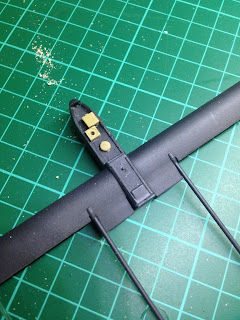 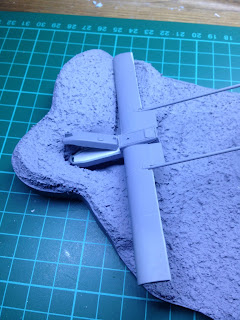 The flying control surfaces were then attached in either "drooped" positions or "hanging by a thread" positions and the nose door was attached at an angle and slightly open. The model was then sprayed in Humbrol grey enamel, decals attached and then it was placed onto the base 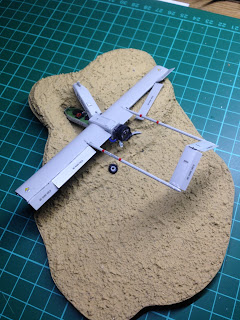 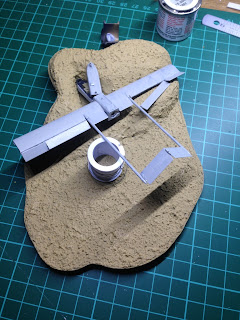 The base was painted with a coat of earth coloured enamel and once the model had been permanently set into it; a coat of PVA glue followed by a dusting of kiln dry sand was applied to it. This was around the time that the model was put on a year long hiatus. 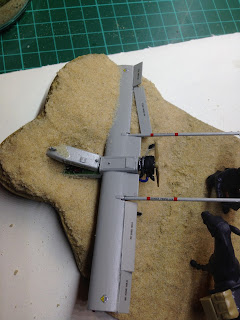 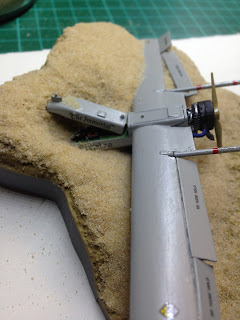 The re-start of the project


Roughly a year had passed before I started work again on this project. I decided that although it was obvious that this drone had crashed; there was no evidence of why it had crashed. I decided to drill a few holes into one side of the UAV to depict bullet or missile shrapnel holes and then add some hydraulic fluid streaks from the holes. Typically its a red colour but this is guess work on my part so please don't complain if its the wrong colour or if the hydraulic lines are not in the area that I drilled!

I also added some black oil streaks around the engine area and decided that the sand was a little too course for my taste. The whole area was re-coated with some thinned PVA glue and then dusted with some dried and powdered earth that I also get for free from the Civil Engineering department at the university that I work at (gotta love the freebies!!!!). 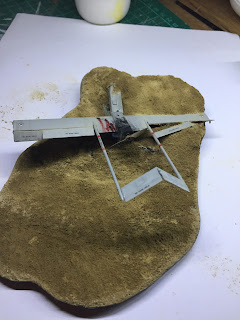 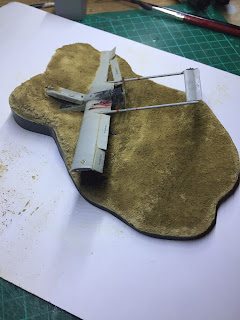 The donkey and Arab figure were base coated in Humbrol enamels and then highlighted and shaded in oils. The figure was left in the position it comes in the kit and placed at the propeller as if appraising his desert discovery. 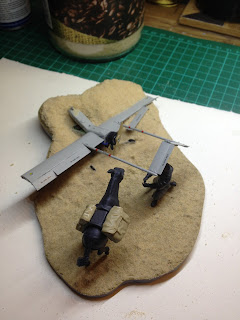 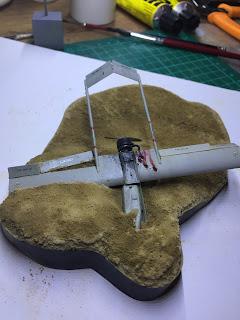 That's really where I decided to leave it. It looked good, was simple and effective and made a good re-introduction to modelling once again. Finished photos will be uploaded below quite soon and as always I would love to hear your comments 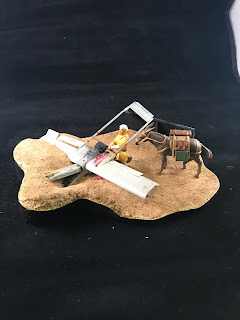 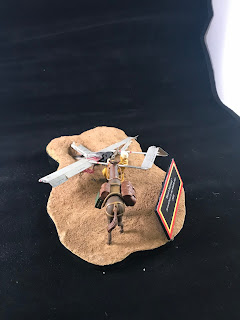 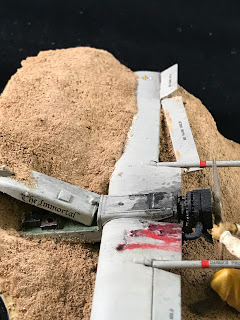 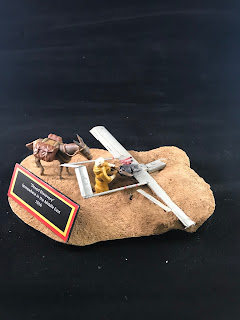 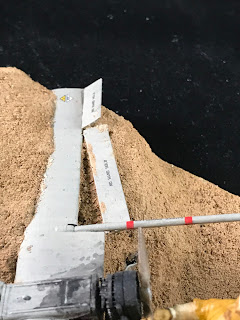 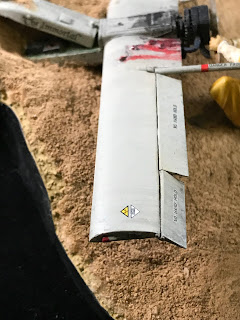 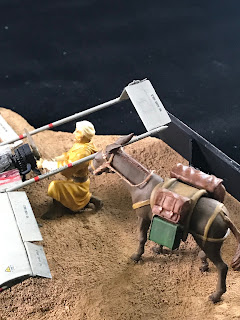 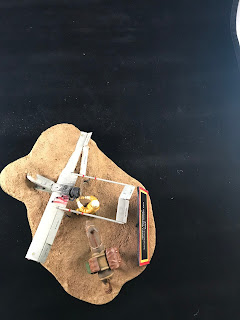 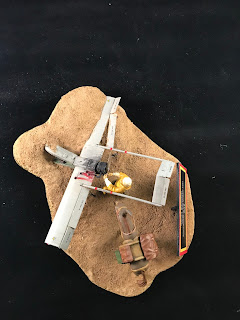