One of my guilty pleasures is to watch DIY and craft videos on you tube. I have seen a few of these videos on there and I made a mental note to try it one day. Another one of my guilty pleasures is to look around on Gumtree when my wife ha something awful on the television. It was on one of those evenings that I spotted an advert for free hard back books. I immediately thought of the hidden compartment books and a few text messages and a very short car ride later and I was the proud owner of 10 almost identical hard back books.

As always I'll break the project down into some simple stages and back that up with photos. The first thing that I decided to do was to separate the paper pages from the hard back using a very sharp knife and then soaked the edges of the paper with PVA and water with a 75:25 ratio. The whole thing was then clamped together with some cling film or foil in between the wet pages and the hard back cover. 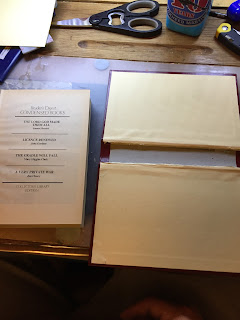 Once this was fully dry I then marked some cut lines with a 3/4 inch cut line from the edges of the paper and with my sharp knife and steel rule, began to cut into the pages; removing the centre's as I went along 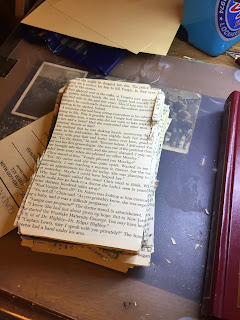 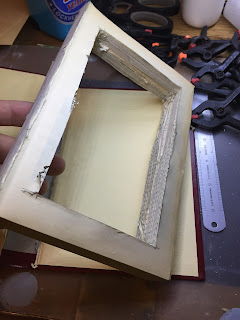 With the pages removed I then used the same mixture of PVA and water and coated the inside edges of the paper in the hole that I had completed. This was then re-clamped between the hard cover and allowed to dry again. Once dry I then lined up the block of solid paper with the bottom of the hard cover and glued and clamped in place with just PVA. 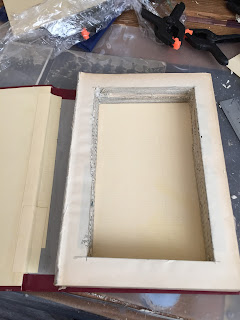 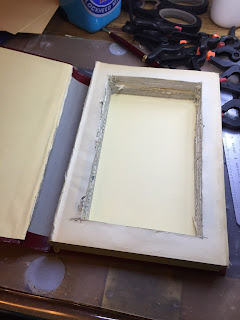 Once dried I then coated the inside of the spine with PVA, closed the book and allowed to dry. At this point you could this little project complete as it is now a functioning book hideaway, but I decided to use some of the pages that I had removed and pasted them into the centre. This book had printed images and I chose to use those, but I think that print pages would look just as good. The reason for going this extra step was to neaten the interior up. With this stage complete you could easily make one of these as a present for a friend or family member for that personal touch. They are also very good for hiding that little stash of cash your saving for a rainy day!

I had loads of fun making this and I hope that you have a go at it. Its a lot better than just sending an old book to land fill. 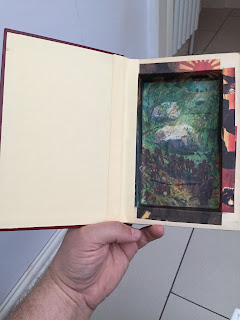 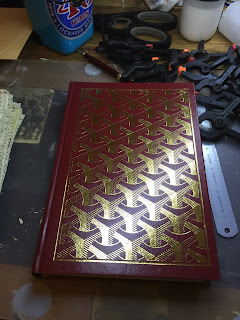 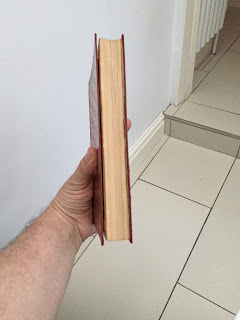 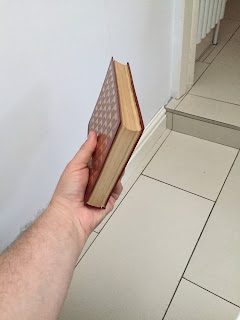 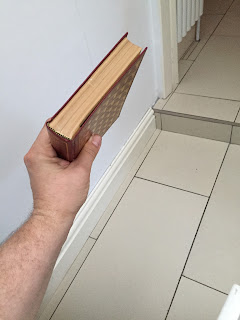 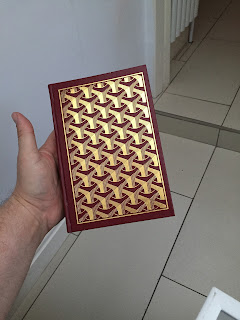