Is Scale Models a dying hobby?

This topic in all honesty something that I have pondered on many occasion. I have come to the conclusion that in fact it hasnt died, its only going from strenght to strength. I suppose that I will have to qualify this opinion with a reasoned answer, so here it goes:

If your like me and are a child of the 70's then you were brought up on a staple diet of Star Wars, Battlestar Galactica and Star Trek (UK Dr Who as well) with all the action figures that accompanied them.

For our reading pleasure it would have been Beano, Dandy, Eagle and of course those wonderful "graphic novels", Commando.

Standard rainy day toys would have been Lego at first moving on to Mechano or the plastic toy soldiers and die cast tanks leading on to Action Man (GI Joe for our American cousins). Eventually you or a well meaning family member would buy an Airfix Spitfire or Hurricane from the local newsagent or maybe even a Scalectrix track or Hornby train set. Essentially we were surrounded by toys, tales of war and heroism and small scale figures and vehicles. 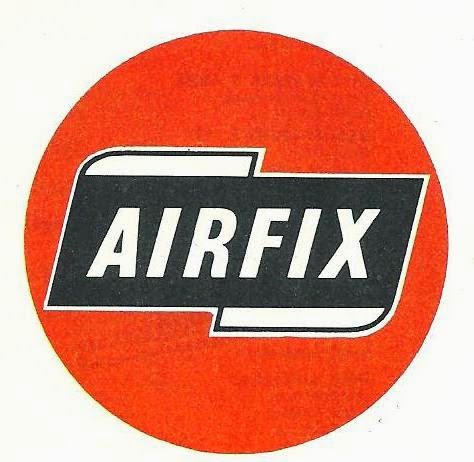 At a certain point in our adolescence we would forget these toys and model kits, we would remove the aircraft pinned to our bedroom ceilings and replace these with posters of exotic cars and even more exotic women such as Samantha Fox or Linda Lusardi in various states of undress. Some of us would eventually return to the hobby of scale modelling with fresh new eyes and a payslip that could fund us into creating new and even more exciting models and realistic dioramas, where I would assume most of us are at the moment. Unfortunately our views about the hobby are slightly out of date in many respects, we look back at the model shops that seemed to be in almost every town, the well stocked newsagent shelves in every village and the fantastic Beaties model shops in the major cities of UK. I know that this scenario was probably reflected in the US, Canada etc all the way through the 70's and 80's. We look around today and see the demise of almost all of the high street model shops and wonder to ourselves where it all went wrong? We assume that because the model shops are gone, then the hobby must be dying as well!

OK lets take a different approach to this: I can remember the Video rental shops in every town, followed by the DVD rental shops. These have almost all but disappeared, does that mean that the film industry is a thing of the past? Of course not, it has evolved to live streaming films through satellite and the internet. When I was growing up I knew three of four friends in school with me who made models, I just assumed that there were more because of the abundance of shops. Just because the shops aren't there anymore does not mean that the hobby is dying; its just evolved like everything else has. You only have to look at the shear number of people complaining on the web forums about this very topic to realise that we as a community are very much alive and kicking. Yes we are largely middle aged men lamenting over our youth but we are doing it on the very technology that we blame for the apparent demise of our hobby!! Yes my daughter like almost every other teen in the western world seems to have her phone permanently attached to her hand chatting away on internet forums and chat rooms such as Facebook, but hang on a minute; isn't that what we do as well? Instead of complaining about the hobby being in decline lets look at how its evolved: I would argue that the war gaming community is now larger than its ever been. The figures that are made, converted and painted are in many cases nothing other than spectacular. More and more people are buying into the action figure market and customizing the figures and vehicles to their own specifications, and finally I would happily say that the choices I have in the World wide scale military model market are so diverse I am continually finding new and interesting models to build. I would never have had conversations with model makers from America, Japan, Canada, France, Australia etc back in the 1980's yet now I do this on a weekly basis through social media.

I would say that the one singular thing that is killing this hobby off is the hobbyists themselves, instead of lamenting over the past and complaining that computer games and the internet is killing off the hobby, start looking at how this has improved the way in which we can shop, communicate and share our work with one another. How many of us can say that we have made a model based on a computer game? I know that I have, 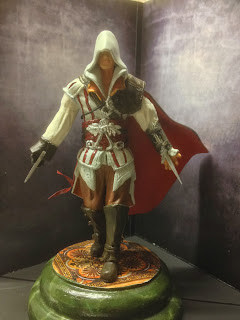 and out of all of my models it is the one that sparks the most interest with the "next generation" of potential hobbyists. I would love to say that this model sculpt was all of my idea, but it wasn't. I listened to one of my daughters friends who said that he liked my models but why didn't I do a figure from Assassins Creed? Like anything else in life, if we adapt, adopt and embrace change then we can happily watch the hobby adapt and change with us through a new generation of  hobbyists taking us along with it; or alternatively we can keep talking about the "good ol days", blaming this generation of kids sitting in front of computer games and eventually we will see the demise of the hobby and won't be able to blame anyone else except ourselves!.

So the next time that you feel like a good ol bitch and whinge, why not try playing a computer game, it may inspire you to make a scene from Assassins Creed or re-create a car chase, or make a zombie diorama for a bit of fun that you could involve members of the younger generation with making. You may just give them a good memory that they will recall when they are older and sitting at home wondering what they can do with their spare time because their kids are glued to the TV screen playing video games whilst face-timing their friends!!