This is another project from the ever increasing model stash that I seem to be accumulating. If I remember correctly this was a Christmas present from my wife after a couple of well placed "hints" that I had noticed some out of production and hard to get Samurai Tamiya kits on E-bay. This is not a subject that I have made before however after completing the US cavalry dio I think it would be fair to say that I'm up for the challenge.

The 3 kits that I have range from complete to only one or two figures but considering how hard (and expensive) it is to get these kits I am not going to start complaining (yet)! 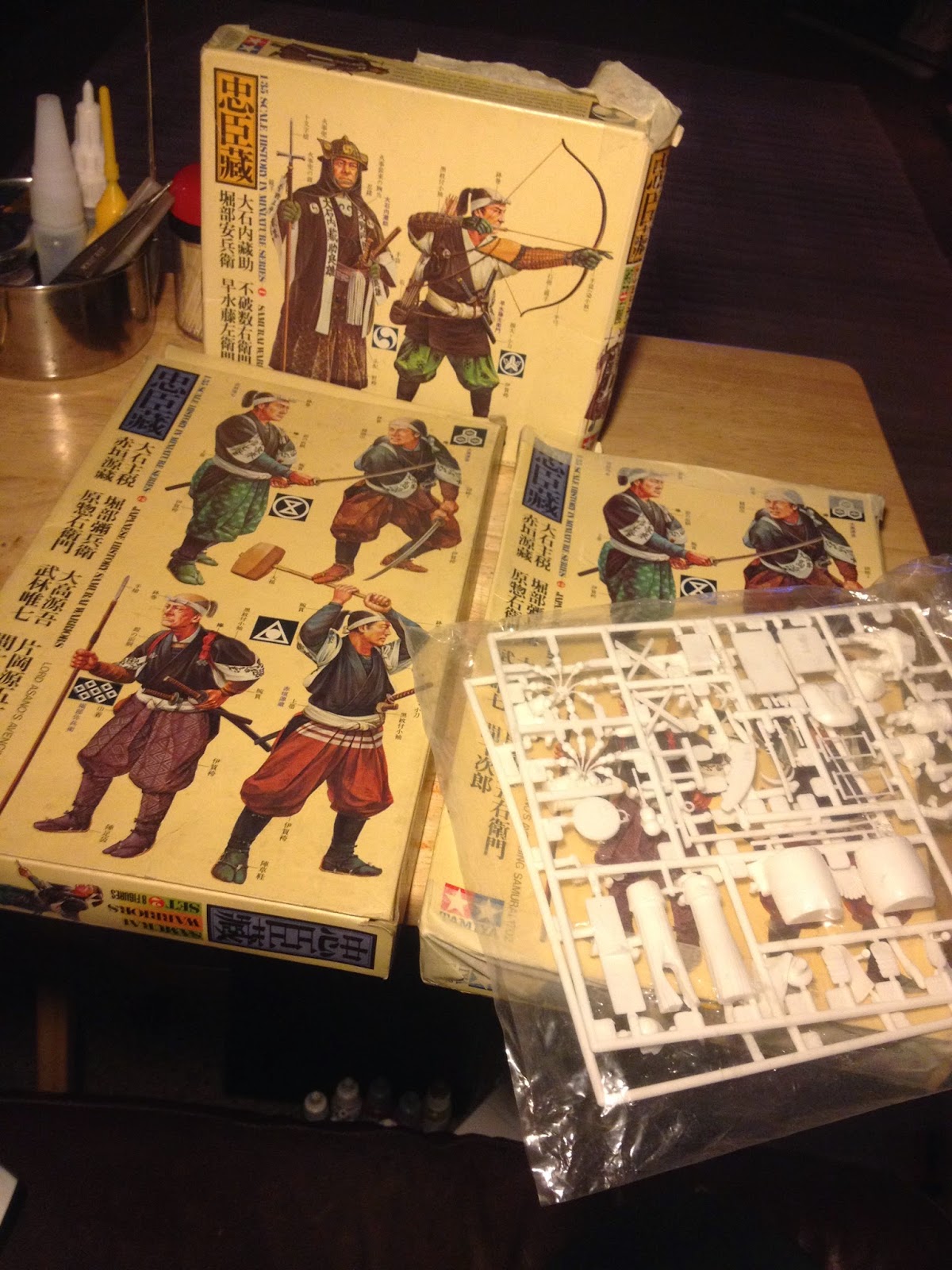 I also bought an Aoshima Samurai figure kit to supplement the Tamiya figures but in all honesty the quality of these figures are not very good in comparison to Tamiya's offering, however the accessories in the Aoshima kit are quite good and I will probably use some of the parts in my completed dio. The Tamiya figures are OK in terms of the quality and the mouldings. The faces are not as good as modern figures from companies such as Masterbox, etc but again this is an old release and at the time of writing this page you cannot buy a modern set of samurai figures in this scale, so I am more than willing to accept the quality of the figures.


The concept for this dio is going to hopefully be a little more realistic and not contrived as some of the examples I have looked at online. In a few cases the dio is expertly made, the figures beautifully painted and yet it somehow doesn't look real and the figures are awkwardly positioned in relation to one another. For my idea I am going to try and portray them "in training" to avenge their disgraced lord and master as the Tamiya kits are based on the story of the 47 Ronin. I will also try and make the base as compact as possible to allow me to pack as much action as possible into a small space while giving the impression of a lot going on. At this moment in time I am not sure that this will work out but I'm looking forward to trying.

The photo's below show the initial idea that I have for the layout on paper. I usually do something like this for most of my dio's as it gives me an idea of the piece and how it will look once finished. I have also taken a photo of the paints that I will be using for the base colours on the figures and in all honesty this is the most amount of various colours I have ever used for a single figure set! 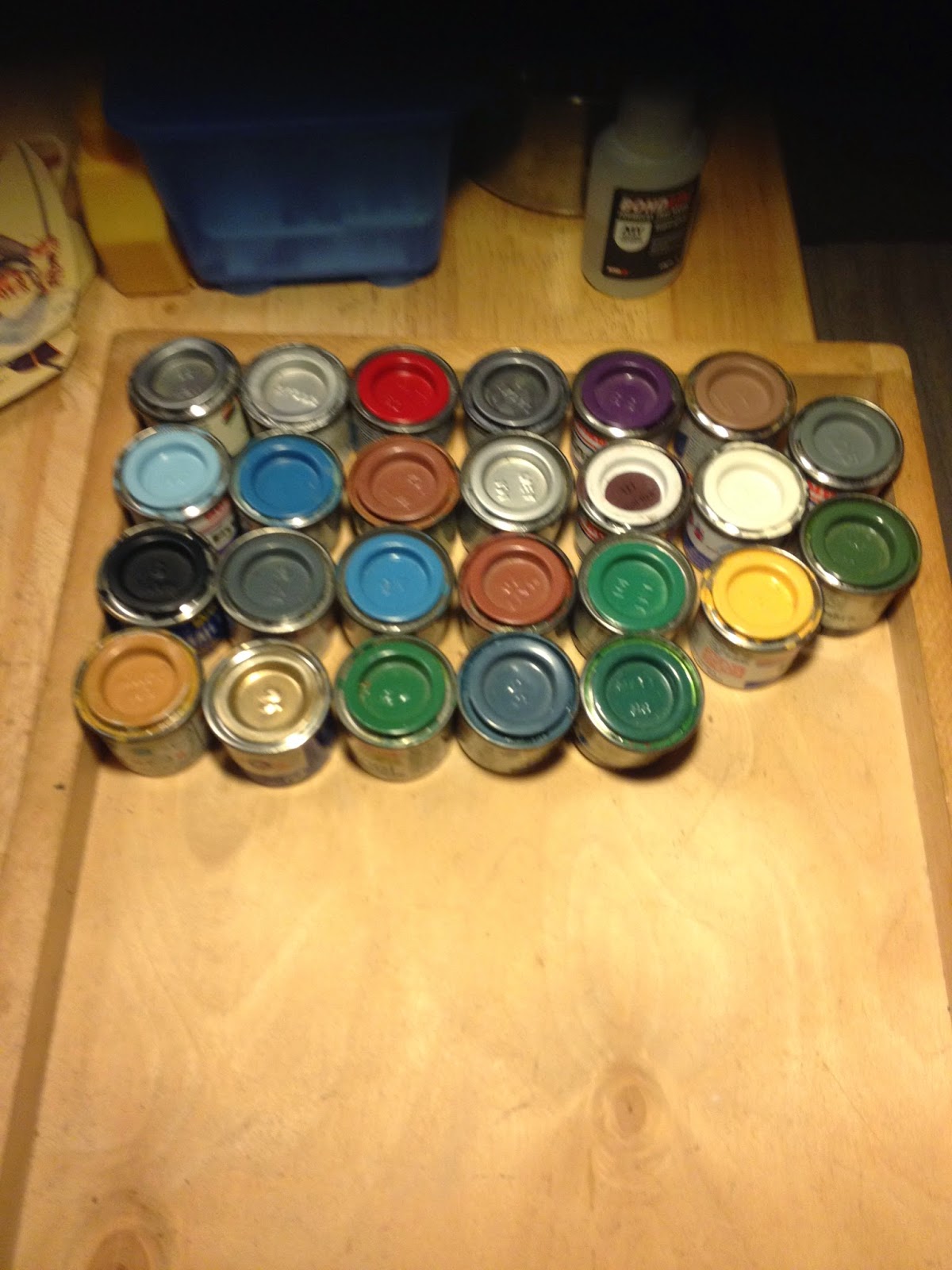 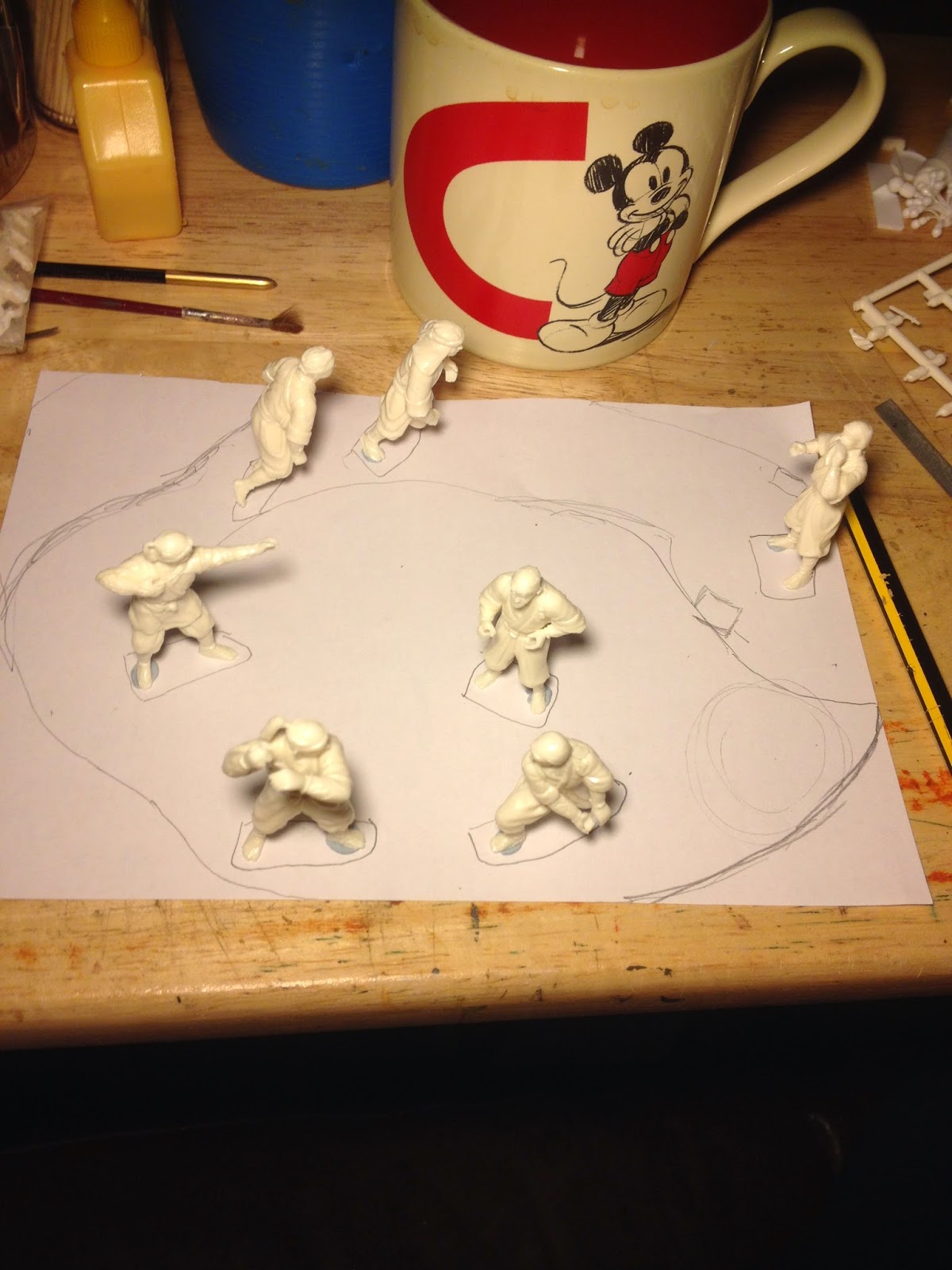 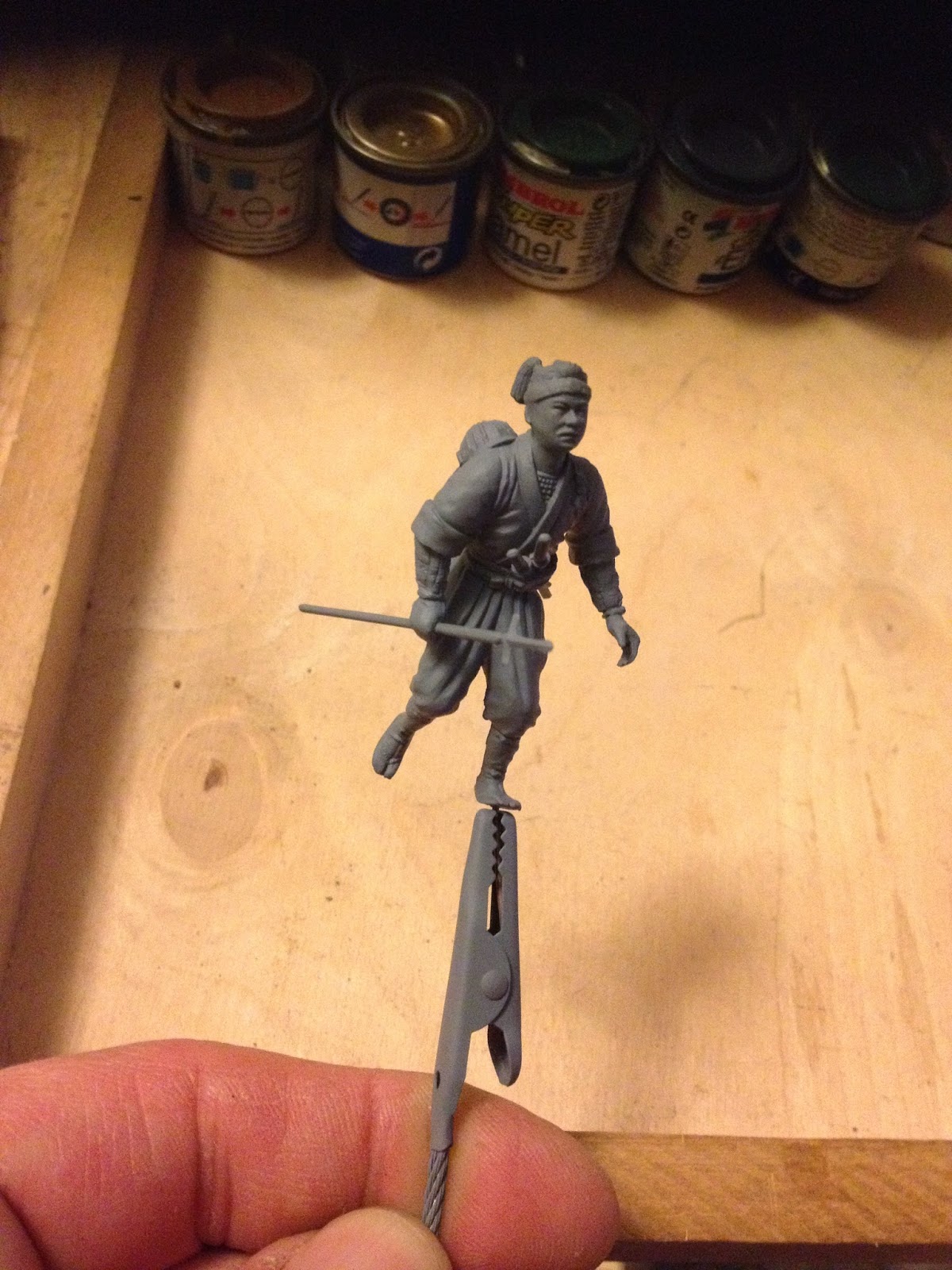 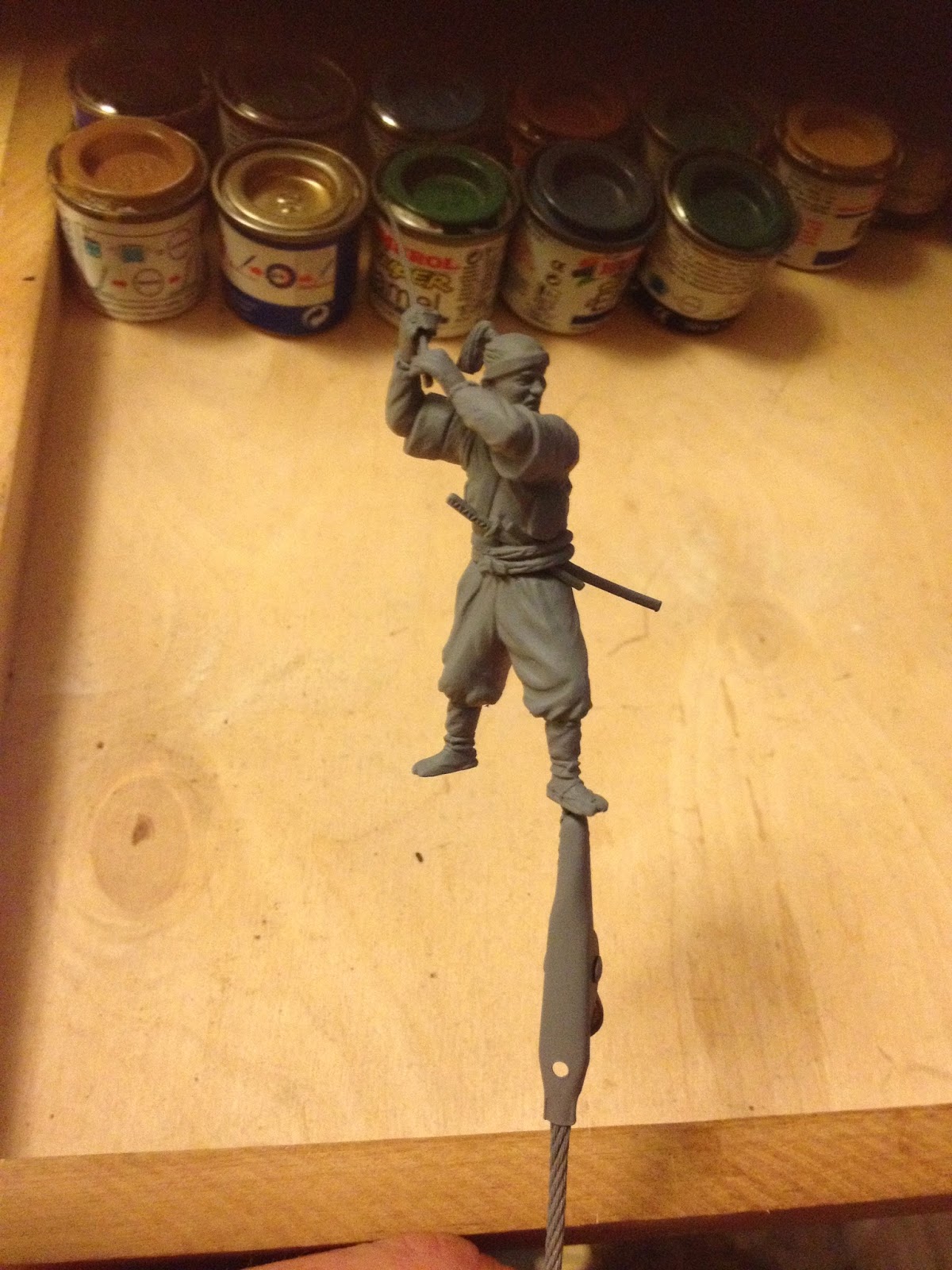 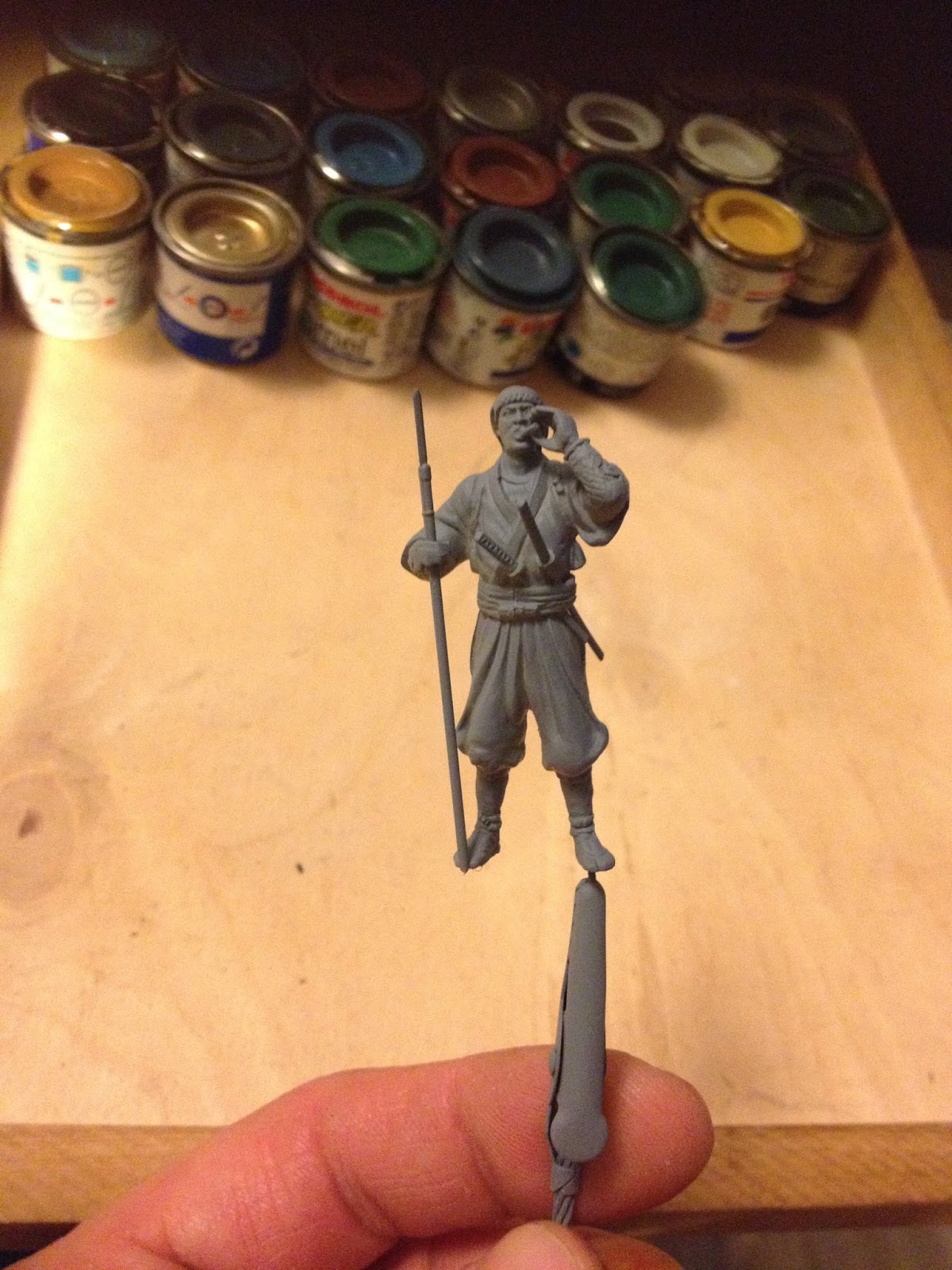 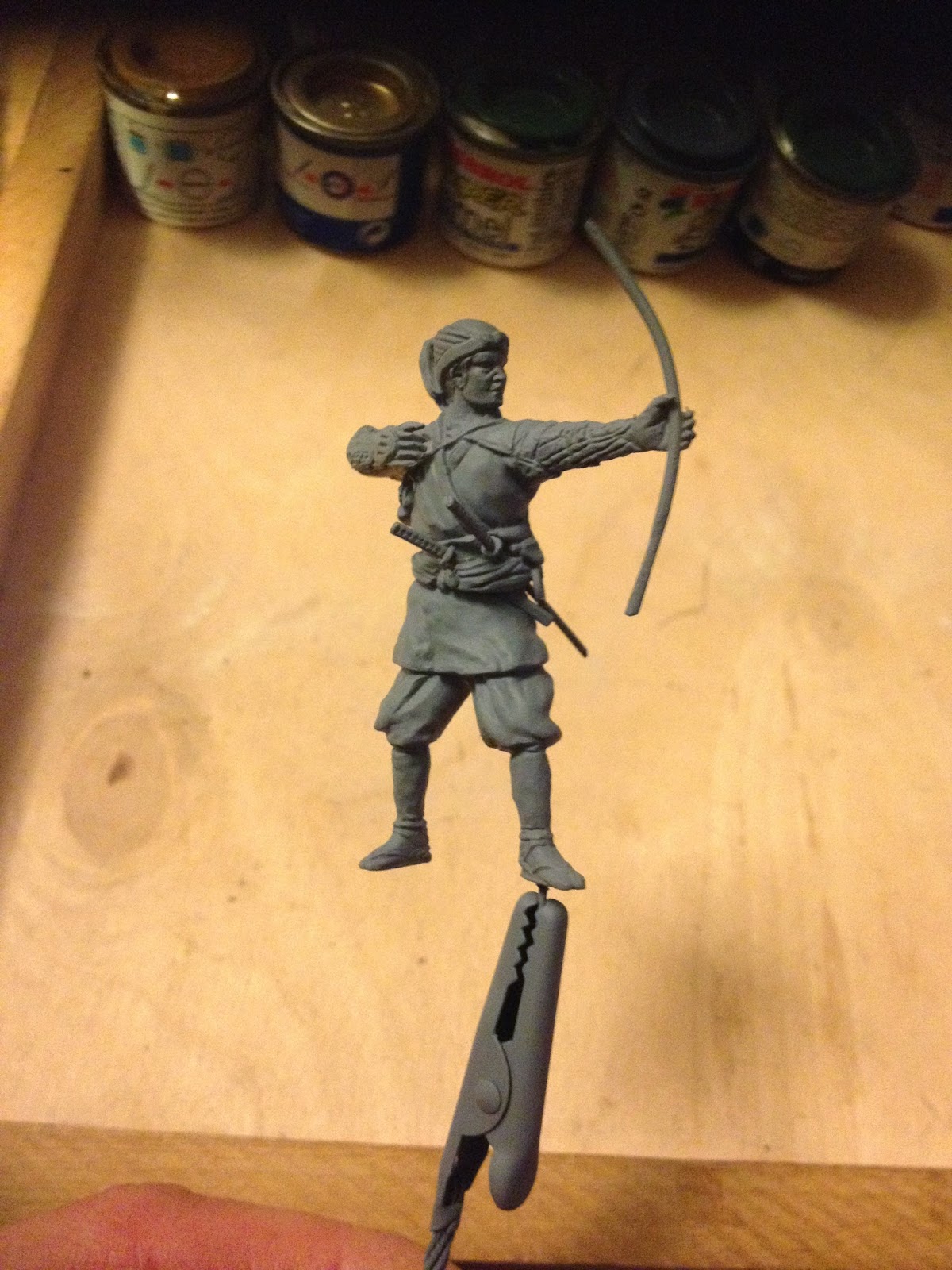 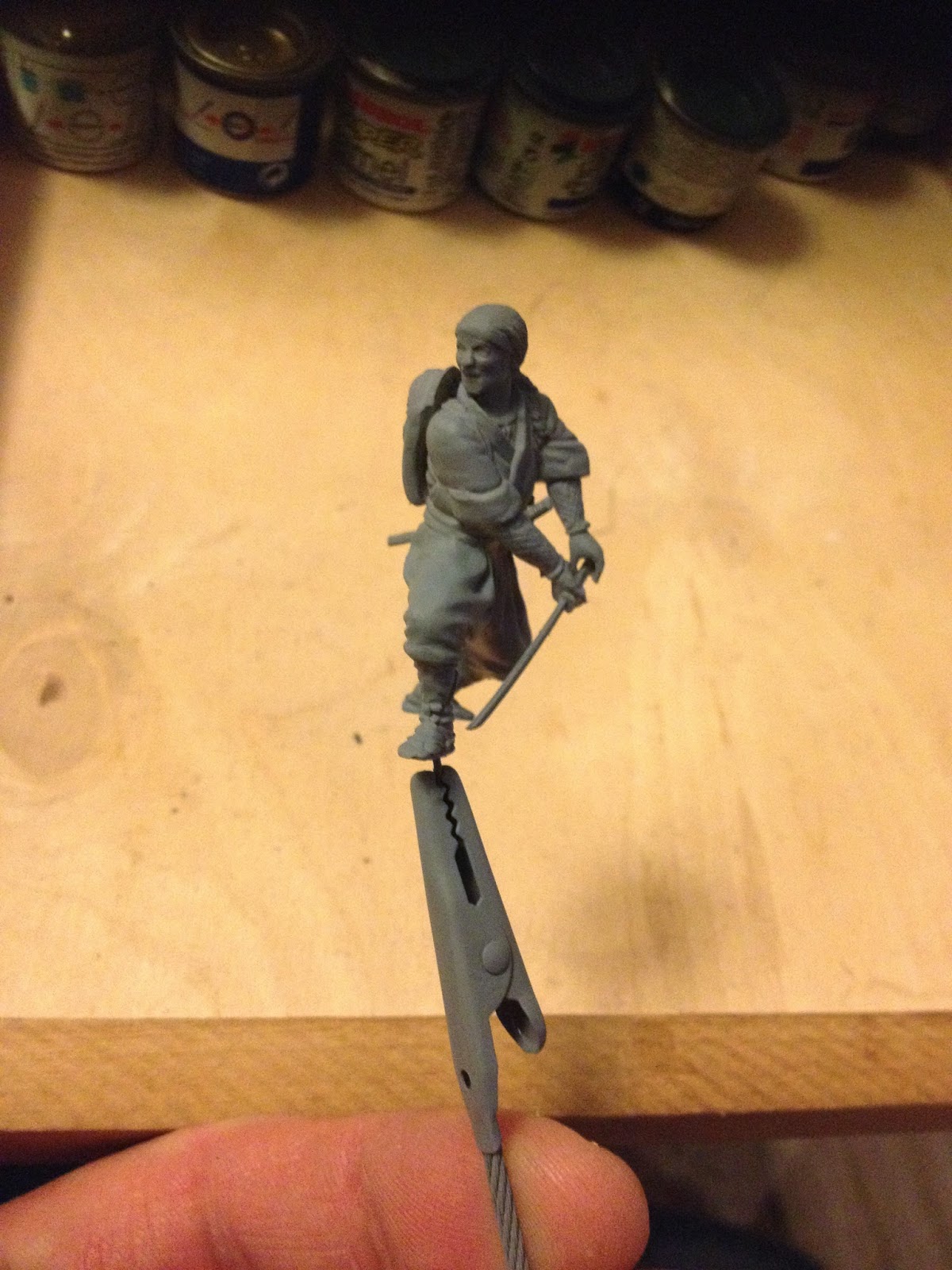 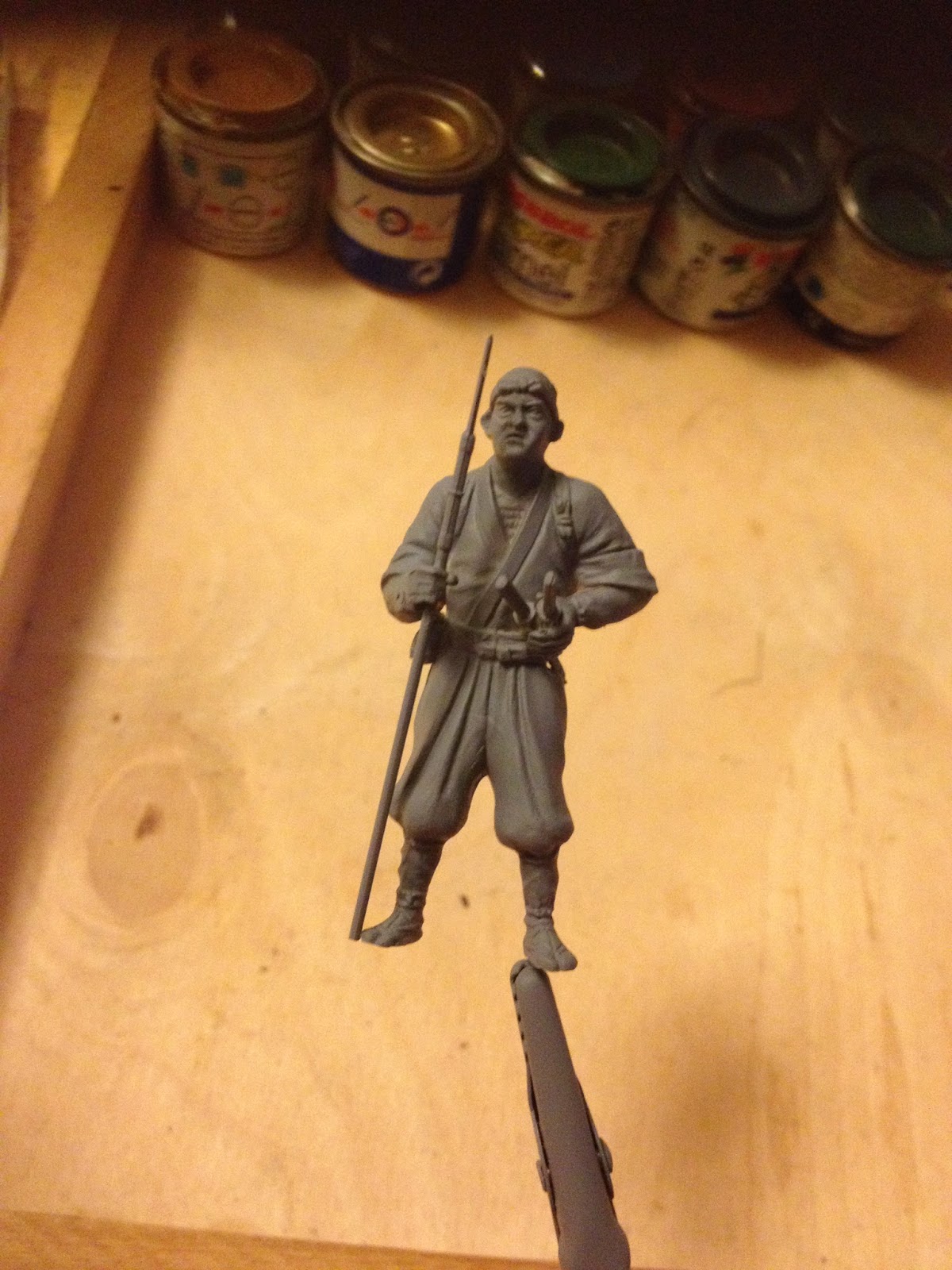 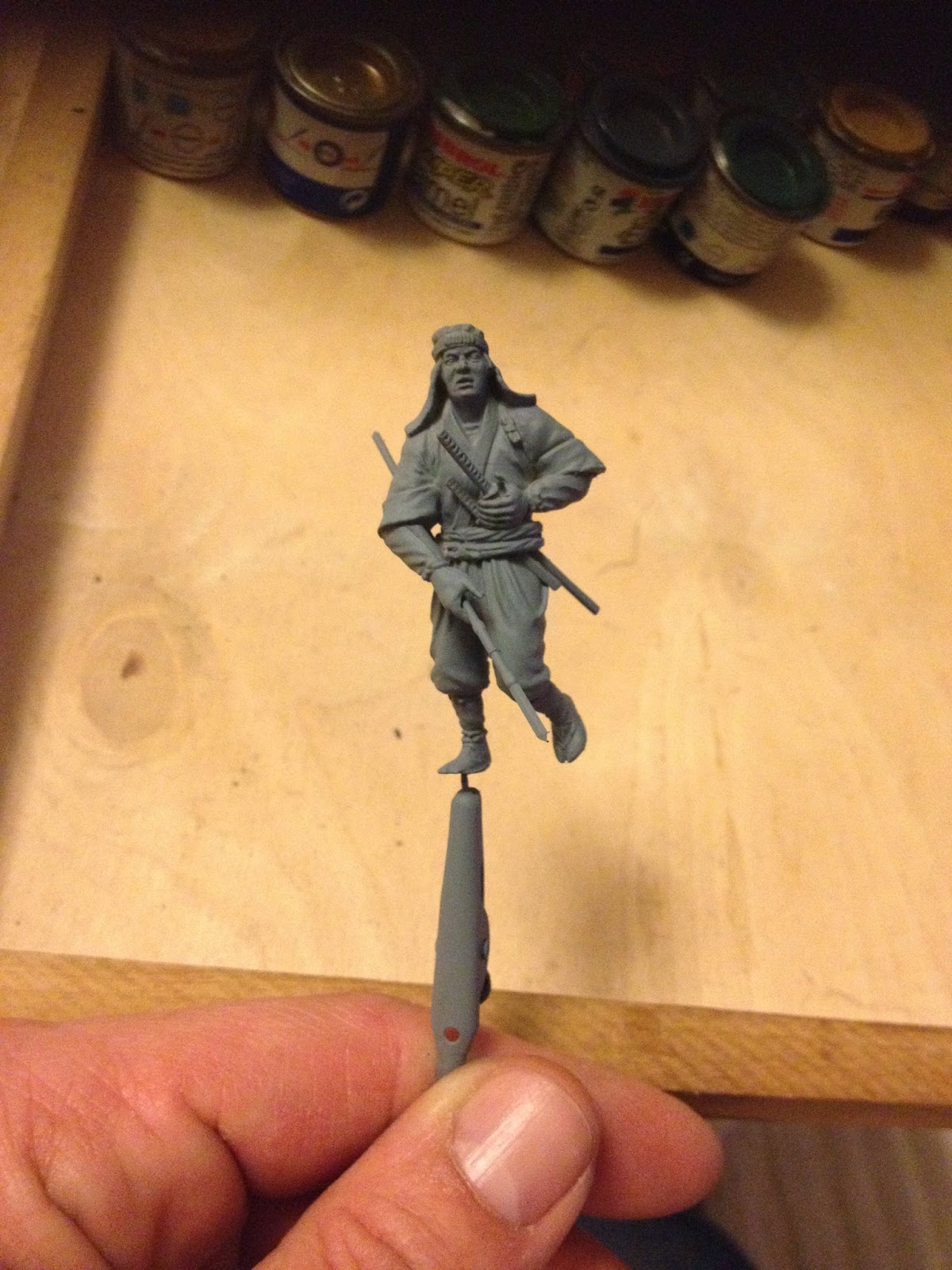 Considering the age of this kit, the figures are quite well detailed. I will retract my previous statements about the features now that they have primer over the horrible white plastic, they look really good. The only downside to this discovery is all that detail will have to be painted !!!