This is my first post for the sprue cutters union as featured on my friend Jon's blog; the combat workshop.

I suppose like many of you, your scale modelling started from being introduced to this hobby by a member of your family or a friend. In my case it was my uncle who would take me to Cardiff (Capital of Wales) as a childhood treat and buy me a model from a well known model shop chain in the 80's & 90's called Beaties, which has sadly now closed down. He would mostly buy me ships and aeroplanes and we would spend many a happy hour building these models for me to play with later on. Fast forward about 15 years with a mortgage, wife, child & career under my belt and it brings us right up to speed for the fist model that I was about to make on my own.

My wife and I had popped to my local news agent to pay our newspaper bill when I pointed out to my wife that they had a small collection of scale models for sale. I told her of my fond childhood memories of building models with my uncle Eric and how much fun and enjoyment I had making them with him. It was at that point she suggested that I should buy one and give it a go as I had been finding it difficult to unwind at the end of the working day from my new job as a lecturer. OK, I thought to myself, I will. I purchased a 1/35 Tamiya Kubelwagen, the Humbrol paints needed that were listed on the box, a brush and some glue.

On my return home, I sat at the dining room table and proceeded to make the model and paint it over the weekend. The end result as you can probably appreciate were less than perfect, however the same feelings of enjoyment while building and painting it came flooding back. I then purchased another 1/35 kit which I think was a Tamiya half track, but I also purchased a model magazine called Military in Scale at the same time and realised from reading the magazine, the results that could be obtained from these kits with a little practise and lots of enthusiasm. a dozen more magazine copies, lots of internet forum memberships and countless kits later, I am still enjoying the hobby almost 12 years after purchasing that first Kubelwagen.

I still have that first model Kubelwagen, however after many years of it sitting in a corner of my model cupboard, I realised that I would never display it due to the crudeness of its construction and painting, so I re-worked it around a year ago to depict a burned out wreck that I intend to use in one of my forthcoming dioramas. I have included some pictures of what it looks like today in its burned out and rusted state. 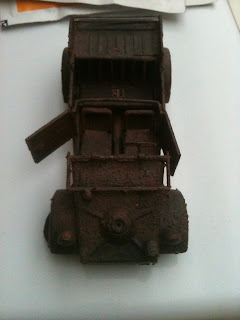 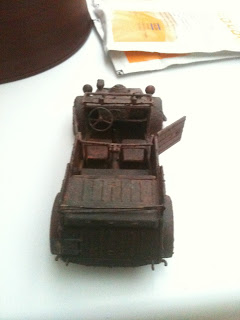 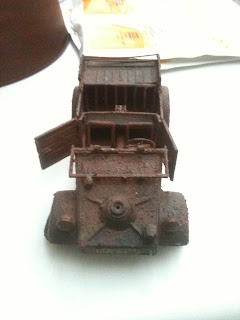 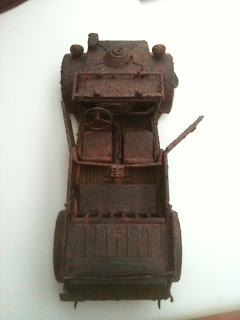 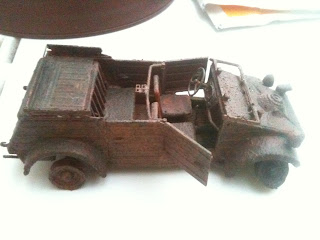 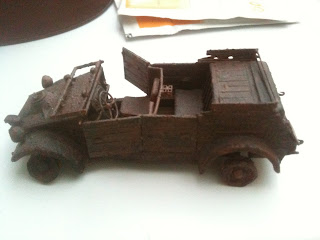